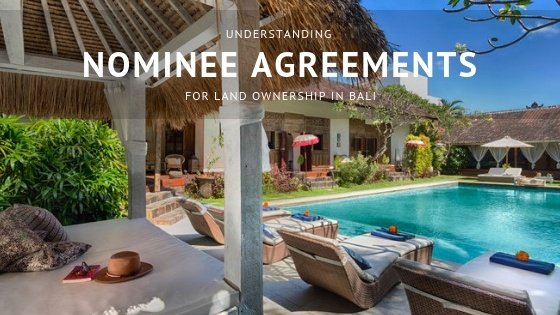 
Nominee agreements for land ownership are prohibited if the basis is to transfer restricted land rights to foreign parties. Foreign parties are only entitled to land under a right to use (Hak Pakai) or leasehold. More specifically, the Agrarian Law has expressly stated that freehold land can only be owned by Indonesian citizens or legal entities as determined by the government.

Based on the above, the Agrarian Law operates such that the following parties must release their freehold land:

Further, the Agrarian Law also prohibits any sale and purchase, exchange, grant, or activity which directly or indirectly transfers freehold land to a foreign citizen or legal entity (unless the legal entity is determined by the government). Any such transfer will be deemed as null and void and result in the respective land being returned to the state.

As a consequence, any nominee agreement that provides for the transfer of freehold land to a foreign party will be deemed as not having an admissible cause as it violates the above provisions.

The types of agreement that are usually used to materialize nominee arrangements to obtain land for foreigners are as follows:

Based on the above, it can be reasonably concluded there are serious questions about the validity of so called nominee arrangements between foreign parties and Indonesian parties for investment and land ownership purposes. The general nature of such arrangements is to circumvent applicable laws and regulations, and nominee practices are expressly prohibited under the Investment Law and Agrarian Law which deems them null and void.

In this regard, some foreign parties (beneficiaries) go as far as formalizing nominee agreements by having them made into an authentic deed before a notary. The intent is that a notarial deed will provide more legal certainty and may be used as a powerful instrument to evidence their rights over the agreement’s objects (shares or land), particularly if there is a dispute between the beneficiaries and the nominees.

There is little doubt that nominee arrangements raise serious questions about their validity and enforceability. Despite such concerns, and for historical and other reasons, the fact remains that many nominee arrangements currently exist for both investment and land ownership purposes.

The question then becomes, what should be done about existing arrangements and also going forward? Are there a number of serious time bombs waiting to explode, will practical considerations solve the problem, or can more refined arrangements be formulated that properly accord with the law?

Buying property in Bali could be a great decision and lucrative investment if approached correctly. That is why you should always seek professional legal assistance to avoid any disappointment or frustration.

If you wish further information, we recommend that you contact a Lawyer/legal adviser or speak with a notary, who can help to answer any legal questions which you may have.